I’d like to have your help.  I’m working my novel, and it’s time to name one of the secondary characters.  (Scroll down to the Nov. 4 post to read the premise.) Let’s make this a group project. 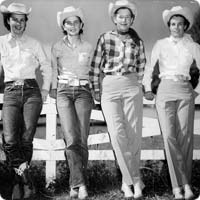 Here’s a little bit about her: she’s a close friend of my main character. You might call her a rabble-rousin’, 1940s Annie Oakley. She can shoot and ride with the best of them, and then captivate the whole room while loudly spinning a yarn. All tomboy is what you could call her, except for her trademark pearl necklace and red lipstick. The only thing bigger than her love of mischief is her love of friends and family.

So…a blank birth certificate sits before you. What name will you pen? Please vote in the poll on the side.  I can’t wait to see what you all think!

Tonight I’m moved to do something never done on this blog.  I simply offer a prayer for 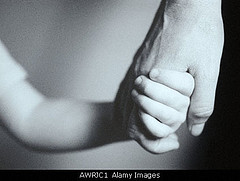 each of you as you read this, dear friend, whether you’re a regular guest or one who’s dropped in.

I pray that God blesses you as you seek Him now–the One who smiles at the seeking but takes joy in letting Himself be found by you. May you melt in His warm embrace. May you loosen your fists, allowing Him to take from you the troubles and sins you grasp so tightly it hurts. As He enfolds your hands in His, I pray that you dare to gaze into His face beaming with love and delight in you…finding home in His eyes.