Coming Up for Air

A brief hello from the throes of the writing marathon: NaNoWriMo is going well after week one. A little catch-up needs to take place, but for the most part many more words have been written thus far compared to my past NaNo attempts. It feels really good! 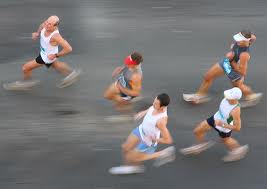 Of course, there are always distractions. There are pesky, minor details like a full-time job, another partial job as a ministry wife, other activities, etc.  …But when aren’t there distractions? This is good for this writer who normally thrives under short-term pressure…brief sprints. This marathon is helping me grow. And I’m really enjoying it.

So if you see me and I’m muttering about crops, Stearman biplanes, ground school, and washing out, don’t mind me. I’m just in another world for the moment.

Question for you: What projects or goals have you taken on recently that really stretched you? What did you learn about yourself?

It’s that time of year again!  …Cooler temps (except for my part of New Mexico), Thanksgiving preparation, and NaNoWriMo.

Every November, thousands of seasoned and first-time novelists alike pledge to crank out the first draft of a novel, to the tune of 50,000 words in 30 days. Those who reach the goal “win.”

These frenzied days don’t always produce works of genius. Rather, it’s a celebration of creativity and daring to take on the challenge. And testing the limits of caffeine consumption on the human body.

I’ve tried this before but have yet to win. So why now?

Why not? My story is still burning inside (no, that’s not heartburn from mochas aplenty), and a writer has be able to go the distance.

So here’s to the challenge, and Godspeed to friends and family who are doing the same.