The onslaught of TV season premieres is in full swing. Have you settled down with some popcorn and the remote lately?

There are a few shows I’ve been looking forward to. It did my girly heart good to see Dancing with the Stars sashay across the small screen last night. …But that’s another post. I’d love to stir up some debate with that one.

Heroes premiered last night, too. I’ve watched it off and on since it began, finding the storyline interesting but the action often too gory for my tastes. I did watch the two-hour premiere. It delivered breathtaking twists and turns.

One of the calmer moments has camped out in my thoughts. (Warning: vague spoiler ahead) The character of Nathan, a politician, quietly contemplates an opportunity for power and position laid out before him. He’s hesitant to accept it, thinking

soberly about how he misused power in the past. For a moment he has a new outlook; he’s more eager to pass on the public glory than to welcome the temptation to lose his integrity again.

That scene got me thinking about our desires and ambitions, and God’s role in those things. Yesterday morning I read this honest prayer in Proverbs 30:8-9 (NASB):

Keep deception and lies far from me,
Give me neither poverty nor riches;
Feed me with the food that is my portion,
That I may not be full and deny you and say, “Who is the LORD?”
Or that I not be in want and steal,
And profane the name of my God.

Does this strike you, like it did me, as totally counterculture to our society, even sometimes Christian society? We’re bombarded with voices telling us that the only natural thing to do is get all you can… Money. Power. Status. Stuff. On and on. In some Christian circles we’ve been told that we need to invoke the Prayer of Jabez to expand our territories of influence.

Now, I’m feeling the mental darts that some of you are shooting my direction. Are you saying, Alison, that it’s always wrong for Christians to have or seek out stuff or power? Of course not. I believe that God puts some Christians in positions of influence or gives them money to use for His purposes. He gives us healthy ambition for His plans.

But many of you would agree that it comes down to attitude. Am I seeking the prestige of the world or the pleasure of God? What’s my focus? True, not everyone will face opportunities of having buckets of cash or holding public position, but each of us deals with this issue in some form–whatever our situation.

It’s so tempting to fall into the trap of wanting people’s approval and admiration instead of seeking God in all things. It takes a mature person to approach “success” and ambition with a humble attitude. I find a lot of wisdom in David’s prayer in Psalm 139.

Search me O God, and know my heart;
Try me and know my anxious thoughts;
And see if there is any hurtful way in me,
And lead me in the everlasting way.

David sure had to wrestle with these issues–he was a king, for goodness’ sake. He was human, too. It’s encouraging to have this earnest prayer written down for us to read and follow suit. The same God he walked with is available and desires to guide us. We must seek after Him daily, giving him our dreams, ambitions, and allegiance. Although I fall flat on my face constantly, I pray that I’ll pursue Him and his desires more passionately than anything I want on earth. People who live this way consistently are real-life heroes to me, and hopefully for all of us. 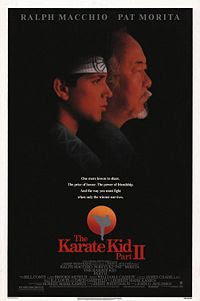 The latest assignment for the writers’ group was to write about the theme “labor”. The theme was decided right before Labor Day, after all. Here’s my offering. I might edit it sometime in the future because this was a scrambling-out-the-door, seven-minute effort. I’ve realized that I need to pace my writers’ group assignments, not always putting them on the back burner for other projects.

The theme for next time is forgiveness. Hmm…

The workshop was inky dark, empty when the craftsman set to work, feet planted firmly.
Twinkle in his eye, command barely whispered…light.
Brilliance dazzled the loneliest corners of the space.

A finger lifted, oceans and sky repelled each other, taking their assigned place.
The craftsman stood, considering for but a moment.
Then expanses of land chased the oceans in retreat.
He brushed the lushness of trees and fields with his fingertips.

The craftsman finally stepped back and smiled, full of pleasure from his final
Masterpiece— called
Man and Woman

Then for a moment he folded his hands, resting
–yet needing no rest—
from his labor.

It’s hard to believe that it’s time for another 9/11 anniversary. It feels like deja vu; I remember that I was out of town last year at this time, and I’m in the exact same place this year.

Of course I remember that day seven years ago even more vividly. That has me thinking… It seems like our society today has such a short memory. We’re desensitized to the crises of the day, often preferring milder “news” like celebrities’ fashion blunders. I fear sometimes that in the climate of political turmoil and daily spin of stories, some are slowly forgetting, or –worse yet– remembering a different version of it, not how horrific and unjust it truly was. Yet remembering reminds us what we have to cherish and thank God for, and that there are just causes.

So let’s imagine that we’re holding a time capsule for the next generation to discover 50, maybe 75 years from now. What would you want them to know about September 11, 2001? Or, what is it about this country that’s worth fighting to keep? 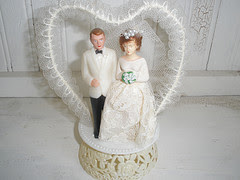 …sure beats our 3,650+ by a long shot. Days of marriage, that is. Happy 40th anniversary to my parents, Joel and Judy!

Congratulations. We’re proud of you, and we love you.

Also, happy 12th anniversary to Daniel and Kara, my brother-in-law and sister-in-law. Popular day to get married apparently! Anyone care to share any “secrets of a happy marriage” stories –serious or humorous?