Time Travel: What are the Odds?

During Time Travel posts, we transport to different points in history. No TSA security checks necessary.

Imagine something you’ve wanted, and wanted bad. So much so that you’re willing to risk your life doing it and take no pay for it. In fact, you have to pay to do it.

But first, you have to beat out 22 other gals for that privilege. 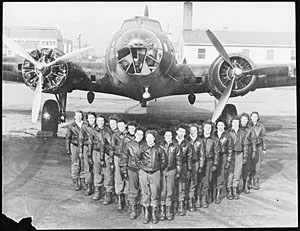 Each of the WASP (Women Airforce Service Pilots) of World War II seemed to believe it was worth it. Each carried their own reasons, along with the footlockers they toted to training on the vast prairies of Sweetwater, Texas. But they boiled down, really, to just a couple: love of flying, love of country.

And they stayed mindful that close to a dozen other women would love to take their place quicker than a West Texas flash flood. Twenty-five thousand women had mailed off their hopes in the form of an application. WASP founder Jacqueline Cochran chose 1,830 of them. 1,074 made it through the rigors of training to receive their graduation wings. 38 women paid the ultimate price.

And the American skies – and the war effort – were altered forever.

Let’s talk: Has there been something in your life that was worth this much effort? Who in history do you admire for this kind of commitment?